The City of Worthington conducted a pilot program to study the expanded hours and footprint of its established DORA. The City conducted extensive outreach to surrounding neighbors and businesses to collect feedback, which was overwhelmingly positive for moving forward with the changes.

City Council voted to make the changes permanent at its September 13, 2021 meeting.

The Worthington Responsible Business Opening & Operations Team (ReBOOT), established to support local businesses during the COVID-19 pandemic, received feedback from the local small business community that an expansion of the DORA would result in increased sales revenues for local businesses and provide more opportunities outside of scheduled special events for the community to enjoy the downtown area while walking around with an open container.

Any changes to the existing DORA require the City to make public notice, hold a public hearing, and for the City Manager to file an application with City Council to begin the process. City Manager Matt Greeson filed the application on May 4, 2021.

Questions about the DORA can be emailed to: DORA@worthington.org 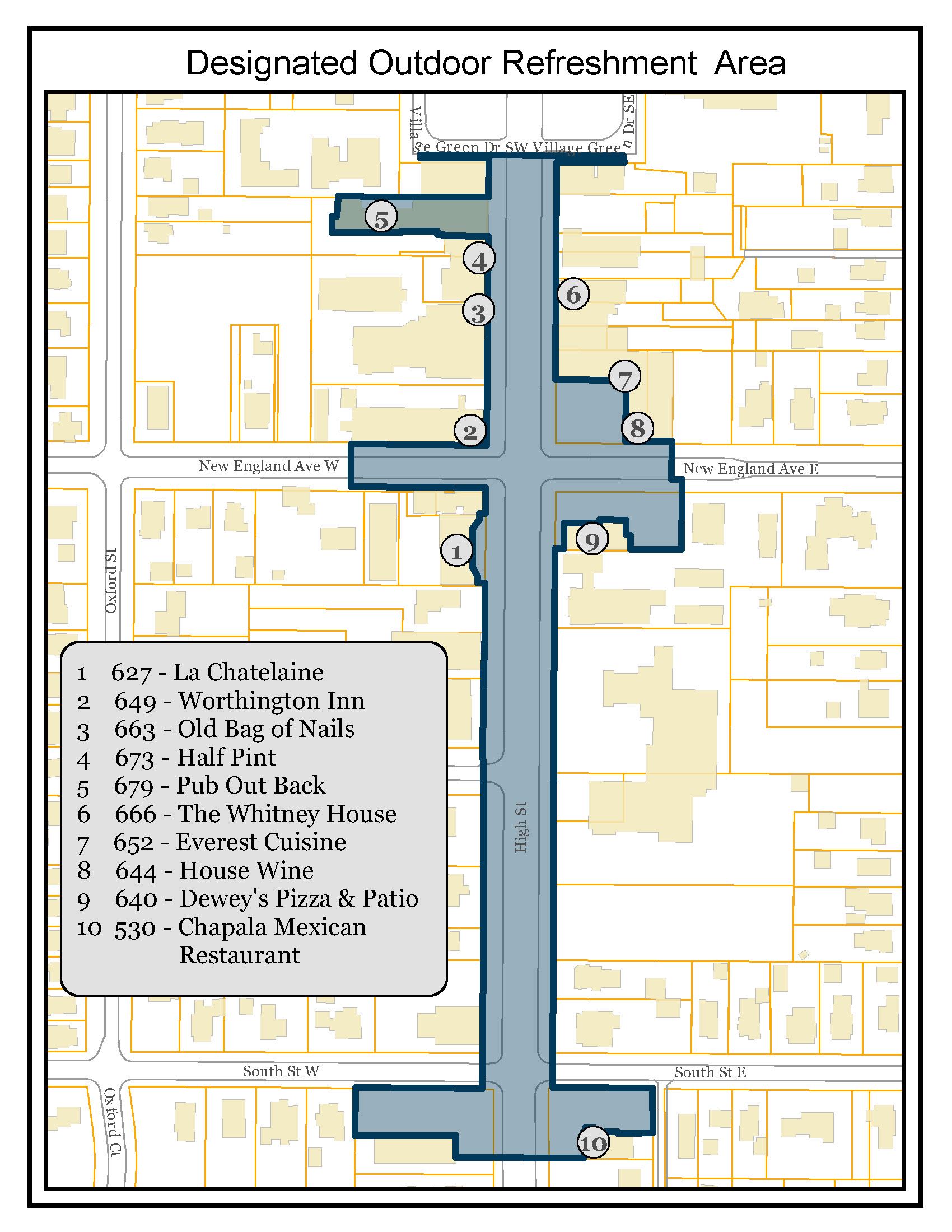 Worthington City Council approved legislation at its June 5, 2017 meeting to establish a Designated Outdoor Refreshment Area (DORA) in downtown Worthington. The legislation was approved after an amendment removed the Worthington Farmers Market as an eligible event.Resolution 30-2017 with Exhibits - Approved 6-5-2017Application to City CouncilAs of April 30, 2017, Ohio law allows municipalities under 35,000 in population to create a DORA. As required by state law, the application was submitted by City Manager Matt Greeson, at the request of the Old Worthington Partnership (Partnership.) The Partnership is a volunteer organization led by a Board of Directors which supports downtown businesses and enhances the Old Worthington experience. The Partnership states that the creation of a DORA helps maintain the experiential nature of our historic downtown by enhancing outdoor dining and special events.As approved in 2017, the DORA includes the High Street corridor between South Village Green Drive and South Street and east/west boundaries along New England Avenue from 26 E. New England to 41 W. New England. Within that boundary, restaurant patrons are legally permitted to have an alcoholic beverage that they purchase within the right-of-way areas of each liquor-permit-holding establishment. Patrons with an alcoholic beverage would be required to stay within an establishment’s predetermined boundary, and may only do so during the posted hours of operation. For permitted special events hosted by the Partnership, individuals will be allowed to walk within the DORA boundaries with an alcoholic beverage purchased from a liquor permit holding establishment.Plans for signage, sanitation, public safety and law enforcement are included in Resolution 30-2017. See all related documents below. 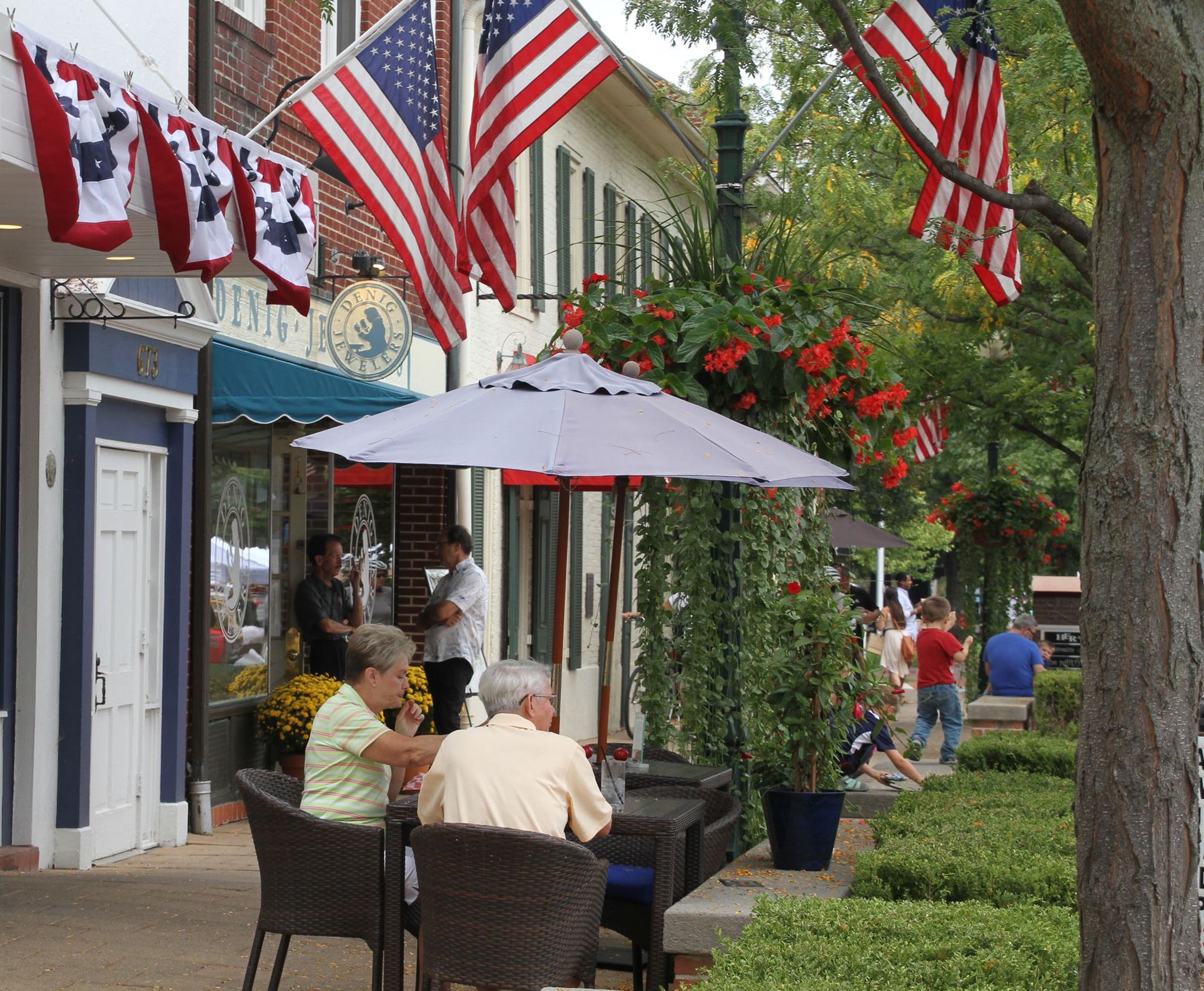 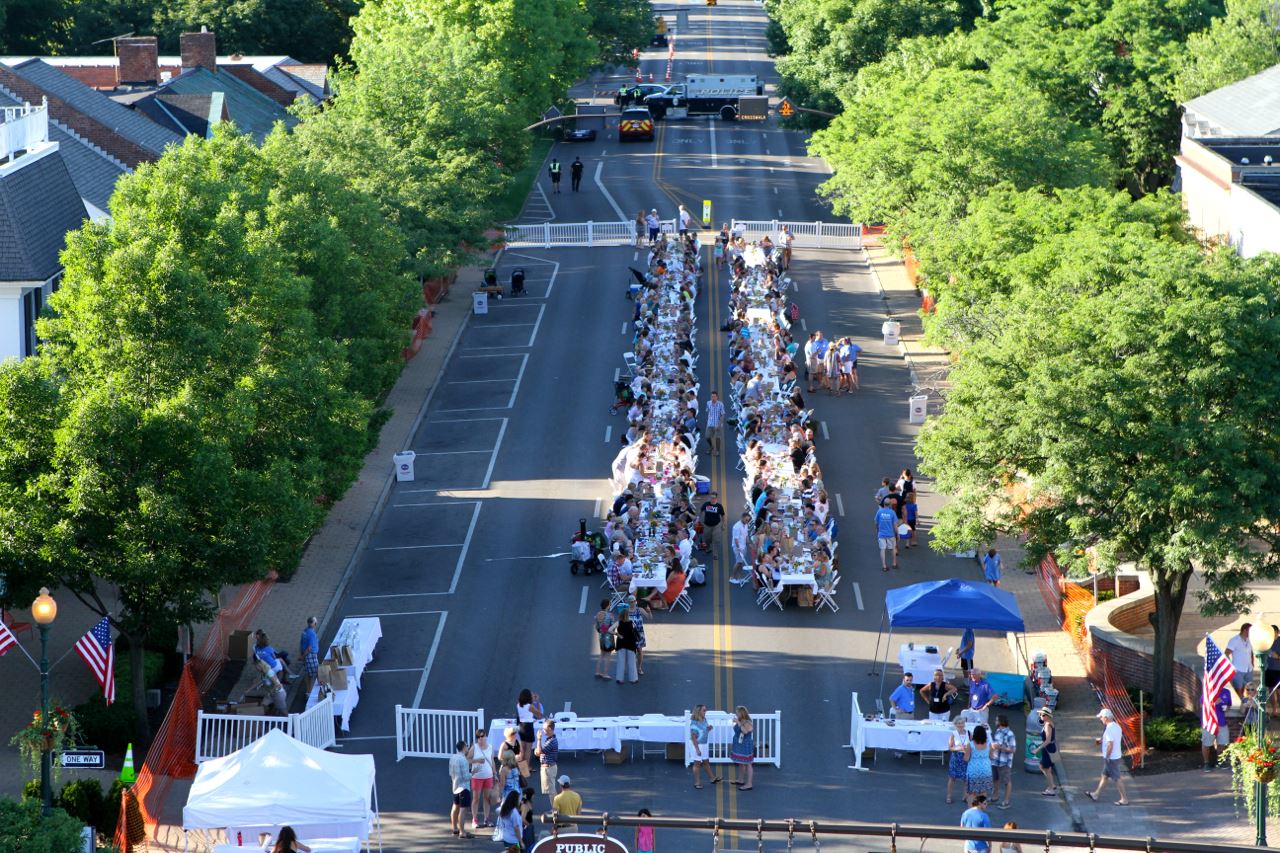